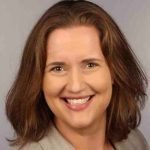 Hello everyone! My name is Karen Freberg and I am an Associate Professor at the University of Louisville and an On-line Instructor for the Integrated Marketing Communications program at West Virginia University. I got my Ph.D. at beautiful University of Tennessee in Knoxville in 2011. I would consider myself to be “Dr. Freberg 2.0” since the original is my Mom.

Along with teaching, I am also a research consultant in social media and crisis communications and has worked with several organizations and agencies such as Firestorm Solutions, Hootsuite, Kentucky Derby Festival, IMC Agency, DHS, CDC, National Center for Food Protection and Defense (NCFPD), Kentucky Organ Donor Affiliates, and the Colorado Ski Association. This experience lead me to be a 2015 Plank Center Fellow for General Motors (GM), where my responsibility was to work with the PR and social media teams forming best practices and recommendations on social media measurement strategies and influencer marketing practices. 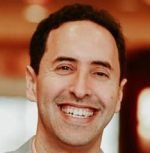